BOSTON, Mass. (March 15, 2016) – A new condominium developed by Urban Spaces of Cambridge has been LEED Gold certified by the United States Green Building Council (USGBC), making it the first Boston condominium project to achieve this level of green building certification.

The Lancaster, located at 1501 Commonwealth Avenue between Boston University and Boston College in Boston’s Brighton neighborhood, has 55 units and sits adjacent to the MBTA’s Green Line. LEED, or Leadership in Energy and Environmental Design, buildings use less water and energy and reduce greenhouse gas emissions, among many more benefits to the people who live there, the community and the environment.

“The Lancaster’s LEED Gold Certification demonstrates tremendous green building leadership,” said Rick Fedrizzi, the CEO and Founding Chair of the USGBC. “The urgency of USGBC’s mission has challenged the industry to move faster and reach further than ever before. Given the extraordinary importance of climate protection and the central role of the building industry in that effort, Urban Spaces demonstrates their leadership through their LEED certification of The Lancaster. With The Lancaster, Urban Spaces serves as a prime example of just how much can be accomplished.”

“We are honored to receive the LEED Gold Certification for The Lancaster,” said Paul Ognibene, the founder and CEO of Urban Spaces. “The Lancaster has been a labor of love for us. And now to know that The Lancaster is the very first condominium in Boston to receive the Gold designation makes this project even more special for all of us who worked on it.”

“It is comforting to know that the families who call The Lancaster their home will benefit from lower energy and water bills and better air quality while leaving a smaller environmental footprint behind for many generations to come,” Ognibene said.

“The Lancaster achieved LEED Gold Certification because of a number of factors such as location and high performance mechanical systems—without sacrificing occupant comfort and satisfaction,” said Taza Vercruysse, project manager at CLEAResult, the consulting and verification services firm and LEED Green Rater for this project. “Urban Spaces has built a resource-efficient multi-family building that reduced waste during construction, maximizes performance, conserves energy, and is easy on the environment due to such features as its close proximity to public transportation.”

About Urban Spaces The Lancaster was developed by Urban Spaces, a Cambridge-based real estate company which develops mid-sized residential and commercial projects in growing neighborhoods. Founded in 2004, Urban Spaces focuses on properties in close proximity to public transportation, universities, hospitals, and employment hubs.

About CLEAResult CLEAResult is the largest provider of energy efficiency programs and services in North America. Through proven strategies tailored to clients’ unique needs and market dynamics, the combined strength of experienced energy experts and technology-enabled service offerings help CLEAResult change the way people use energy for hundreds of utility and business partners. Founded in 2003, CLEAResult is headquartered in Austin, Texas, and has close to 3,000 employees in more than 70 cities across the U.S. and Canada. CLEAResult is a portfolio company of General Atlantic, a leading global growth equity firm. For more information, visit clearesult.com. 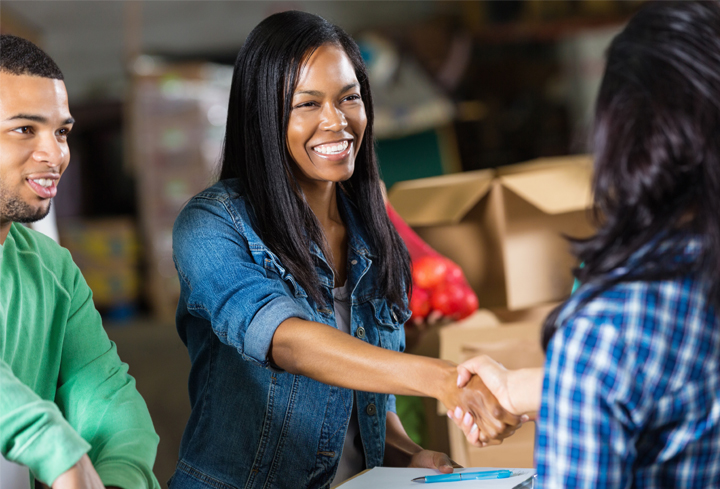 Connecting with the hardest customers to reach